Climate activists and world leaders have gathered this week in New York for the United Nations Climate Summit. But on Wednesday attention was focused across the Atlantic, where in Monaco the UN’s Intergovernmental Panel on Climate Change presented a special report on the “unprecedented” impact warming temperature will have on the world’s oceans. It’s not good. The report — compiled by over 100 authors from 36 countries citing close to 7,000 accredited sources — paints a grim picture of the effect warming oceans and the cryosphere will have on humanity, especially if nothing is done to curb emissions.

The IPCC Special Report on the Ocean and Cryosphere in a Changing Climate #SROCC, was presented today in Monaco 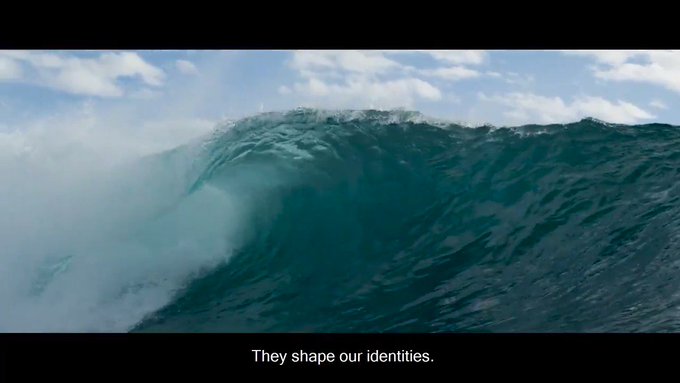 849 people are talking about this

The ocean has played a critical role in warding off the effects of climate change by absorbing close to 25 percent of CO2 emissions. The report warns that as the temperature continues to rise and the ocean traps more heat, it will become more acidic, less oxygenated, less productive, less hospitable to life, and more likely to give rise to tropical storms and hurricanes, which will occur with greater frequency and intensity. The report notes that with any additional degree of warming, intense sea events that used to occur once per century will in certain regions once per year by the middle of the 21st century.

‘You Are Failing Us’: Greta Thunberg Calls Out World Leaders in Passionate UN Speech

Connected to the fate of the world’s oceans is the fate of the world’s frozen areas, or the cryosphere, on which close to 1.5 billion people’s lives directs depend. As parts of the cryosphere melt (glaciers, for instance), the global sea level will continue to rise, dramatically altering life for those living in coast regions, if not making those regions uninhabitable. The sea level is rising twice as fast as it did during the 20th century, and that the rate is increasing, the report notes, explaining that the Antarctic ice sheet will contribute more to sea level rise by 2100 than was previously expected. In the next 80 years, the sea level could increased by up to 60 centimeters if greenhouse gas emissions are dramatically reduced, and 110 centimeters if they are not.

It isn’t just glaciers and rising sea levels, either. As permafrost, snow, and ice melt, the frequency of landslides, avalanches, rockfalls, floods, and wildfires will increase. Water availability could also be thrown into flux as glaciers retreat, impacting agriculture.

“The world’s ocean and cryosphere have been ‘taking the heat’ from climate change for decades, and consequences for nature and humanity are sweeping and severe,” IPCC Vice Chair Ko Barett said in a statement. “The rapid changes to the ocean and the frozen parts of our planet are forcing people from coastal cities to remote Arctic communities to fundamentally alter their ways of life.”

In August, the IPCC released a similarly dire report about the impact the climate crisis will have on the global food supply. This extends well beyond traditional agriculture. The report released Wednesday explains that the “global catch potential” for fish could decrease as the warming ocean becomes less hospitable to marine life, and that communities that rely on seafood could be in trouble. The only answer is to cut CO2 emissions and work toward more sustainable solutions. “Cutting greenhouse gas emissions will limit impacts on ocean ecosystems that provide us with food, support our health and shape our cultures,” IPCC Co-Chair Hans-Otto Pörtner, Co-Chair said in a statement. “Reducing other pressures such as pollution will further help marine life deal with changes in their environment, while enabling a more resilient ocean.”

Despite the realities detailed in the report, it was structured around the idea that many of these consequences can be mitigated with “timely, ambitious and coordinated action” to reduce emissions and pursue sustainable development. Unfortunately for humanity, China and the United States, the world’s two largest emitters of greenhouse gases, have largely ignored he climate crisis. Neither cared to contribute possible solutions at the UN’s Climate Summit this week.