As forecasters expect a warming climate will make Santa Ana winds more frequent and faster, that Santa Ana blowtorch is likely to do a lot more damage to the developed parts of the state. — One of the conclusions of a recent climate study.

You can only imagine the impact this weather is having. — Los Angeles Fire Chief.

The popular refrain these days is that ‘winter is coming.’ But for California and the North American West, this is clearly not the case. 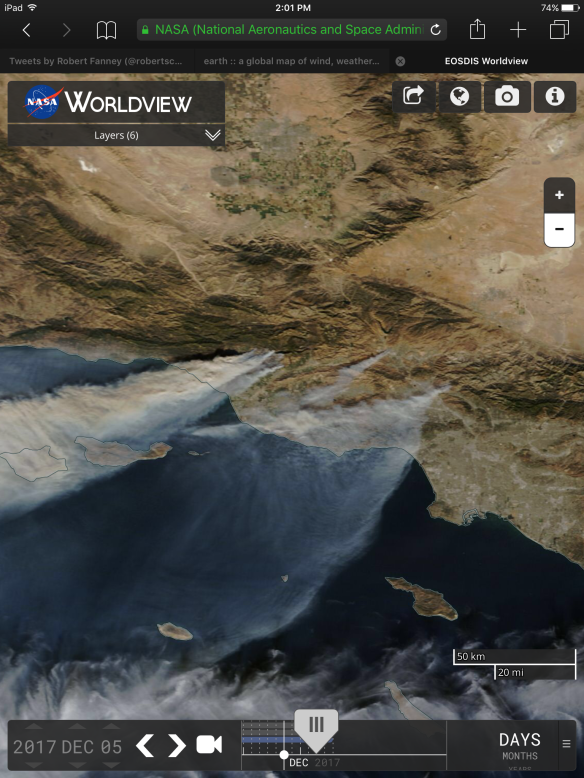 Conditions across the West have been drier lately. Hotter lately. A lot less winter-like during the winter season lately. Add in the fact that climate change is expected to increase the strength of the wildfire-sparking Santa Ana winds and this trend of ebbing winter is a…